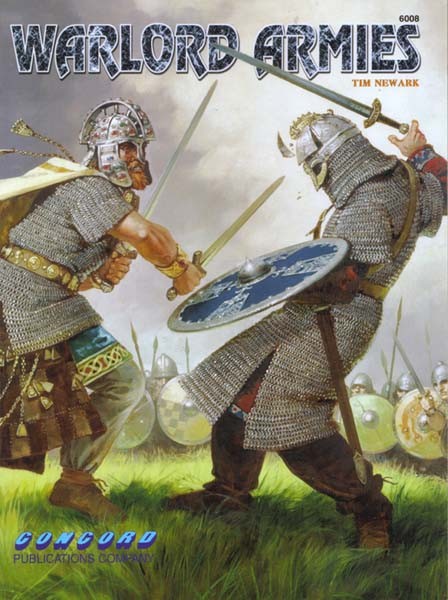 The warlord is the cult of the personality turned into a military force. In an age of chaos, he appears as the only man strong enough to pull together an army that can impose its will on other people. A warlord's army would be composed of clusters of troops, say armored horsemen surrounding their leader, which in turn would be supported by light cavalry which in turn are supported by archers and foot soldiers. They move and perform in mutually-supporting groups, tied together by personal loyalty and ambition, not differentiated units being guided by an invisible hand.

The warlord's preferred medium is chaos. When central control fails, they are happy to assume dominance of regions and provinces. When a state government is strong, warlords are hunted down and executed as criminals, unless they can be recruited as generals. In this book, the world of the warlord is examined from prehistory through to the 20th century, demonstrating its eternal presence.

Some of the world's finest military illustrators are assembled on the pages of this book. Angus McBride is renowned for his authentic and dramatic recreation of the ancient and medieval worlds. Richard Hook has illustrated numerous articles and books for Military Illustrated and Osprey. He has a particular passion for recreating the world of the Native American. Graham Sumner is a Roman re-enactor with the celebrated Ermine Street Guard group and brings a detailed archaeological knowledge to his artwork. Graham Turner is the son of the respected aviation artist, Michael Turner, but his own specialized interest lies in medieval warfare.