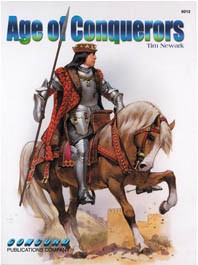 As long as there have been men, there has been the thirst for conquest. While conquests have occurred in recent history as much as in ancient times, this book confines itself to historical military campaigns. It examines the fierce warriors that took control over great swathes of the globe, as well as their brave opponents that dared to resist their assaults.

The subject matter of this volume stretches from the Egyptian Pharaohs (1482BC) all the way through to the warriors of Dahomey that defiantly resisted their French conquerors as late as the 19th century. The pages in between cover such luminaries as Alexander the Great, the Romans, the Byzantines, various English militias and professional soldiers, Scot mercenaries, the Indian Mutiny, and Crazy Horse on the North American plains. There is a tremendous range of topics and subjects, but they all have one thing in common - they were conquerors or they refused to submit to their would-be conquerors!

Each selected topic is explained in great detail. The extensive text offers a commentary on the historical context and background, as well as about the uniforms, attire and weaponry of the combatants. Large colorful illustrations produced by a variety of talented artists portray interesting aspects of clothing and weapons for the benefit of the reader. This means there is a very helpful and informative combination of text and artwork to inspire the reader. This fascinating book, ""Age of Conquerors"", succeeds in bringing history to life!