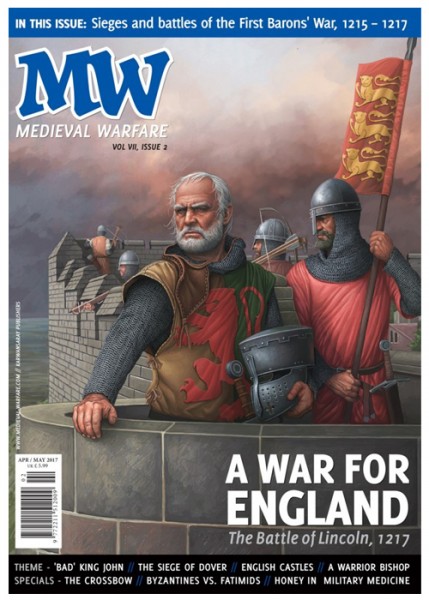 Forced to sign the Magna Carta in 1215, King John soon made clear he had no intention of actually following its commandments. By the Summer of that year, the First Barons' War had begun. It pitched the king versus his barons, who looked for help from king Philip II of France. In the spring of next year, Londoners celebrated the entry of French Prince Louis, who soon had much of the south-eastern part of the country under his control ...

Features:
- Georgios Theotokis, 'The battles of the Orontes and Apamea - Byzantines and Fatimids at war'.
- Ilana Krug, 'The sweet side of war - Honey and military medicine'.
- Kay Smith and Ruth R. Brown, 'The Crossbow - A devilish device'.
- Murray Dahm, 'Take from the rich; give to the poor - Robin Hood on film'.