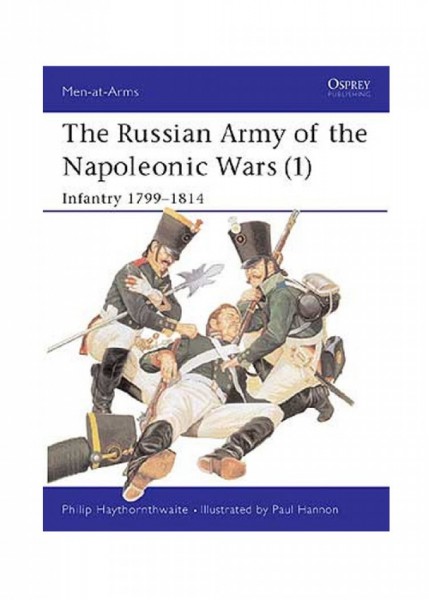 The Russian Army of the Napoleonic Wars- 1, MAA185

In 1795 the Russian army was as vast as the territory from which it was drawn. The College of War calculated that the regular army amounted to 541,741 men, plus 46,601 enrolled cossacks, and at least a further 100,000 irregular cavalry which could be mobilised in time of war. Inspired by the icons paraded by their priests before battle, the Russian infantry were capable of astonishing feats and total, blind obedience to orders. Philip Haythornwaite examines the organisation and uniforms of the remarkable Russian infantry troops who fought in the Napoleonic Wars.

Philip Haythornthwaite is an internationally respected author and historical consultant specializing in the military history, uniforms and equipment of the 18th and 19th centuries. His main area of research covers the Napoleonic Wars. He has written some 40 books, including more than 20 Osprey titles, and numerous articles and papers on military history - but still finds time to indulge in his other great passion, cricket.