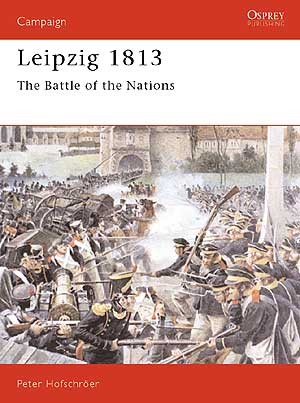 About this book
The battle of Leipzig was, in terms of the number of combatants involved, the largest engagement of the entire Napoleonic Wars. It was the only battle of the wars in which all Allied armies (including even the Swedes) fielded troops against Napoleon. Peter Hofschroer looks at the run-up to this crucial encounter as well as the battle itself. A wealth of background information is chronicled, including the strategies of both sides and detailed information on each of the combatant forces. The numerous battles leading up to Leipzig are also discussed, providing a fascinating and illuminating overview of the whole campaign.

The Author:
Peter Hofschröer is a qualified historian and linguist specialising in the Napoleonic Wars. His two volume work 1815: The Waterloo Campaign received the 1999 Napoleonic Society of America Literary Award. He is a well-known contributor to various academic and hobby magazines, is a fellow of the International Napoleonic Society and has been twice awarded the Bismarck Memorial Medal.

Contents
# Introduction
# The Opposing Armies
# The Campaign
# The Battle of Leipzig, 14-19 October 1813
# The Battlefield Today
# Chronology
# A Guide to Further Reading
# Wargaming Leipzig