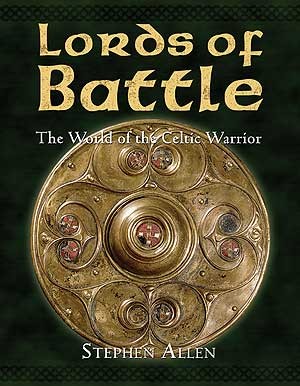 Lords of Battle - The World of the Celtic Warrior
(General Military)

About this book:
To the classical civilizations of Greece and Rome, the Celtic warrior of the late Iron Age was the archetypal barbarian: savage, undisciplined, and bloodthirsty. In a clash of cultures that lasted almost 500 years, the rich and vibrant society in which he lived, fought, and died was virtually destroyed, becoming the stuff of myth and legend. Covering the period from the first mention of the Celts by ancient Greek writers to the Roman conquest of Britain, this book examines the Celtic warrior, his society and his place within it, and the conflicts that would eventually destroy his world. Beautifully illustrated with many examples of Celtic art and craftsmanship, this book provides a fascinating insight into a culture whose legacy has endured to the present day.