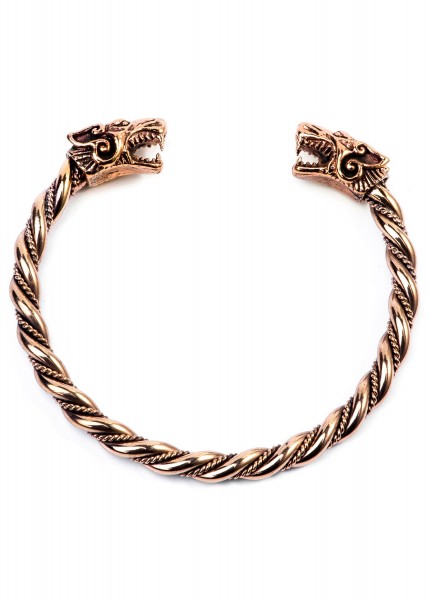 The Fenris wolf (also Fenrir, Fenrisúlfr) is a son of the evil god Loki and the giantess Angurboda. He fights the existing order and ultimately embodies the annihilation of the world. The gods recognize the dangerousness of Fenris and chain him to a rock with cunning and sink him deep in the bottom of the earth. In order for the plan to succeed, the god of war Tyr sacrifices a hand, and for a long time the wolf is shackled. Until finally, at the twilight of the gods, Fenris breaks his chains and devours Odin. Odin's son Widar will kill Fenris, but it will all be too late, the Allfather of the Gods will fall and, with him, the order of the world.

The bangle is composed of two intertwined bronze strands and is individually adjustable.