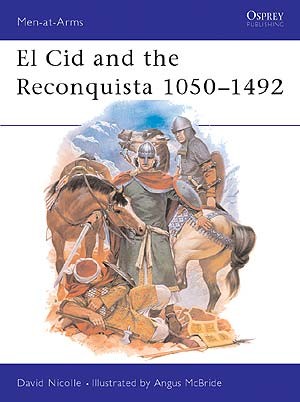 About this book:
The very name El Cid sums up much of the special character of medieval Spanish warfare. It comes from the Arabic al sayyid, master or chieftain, and seems to have been given to Rodrigo de Vivar by his Muslim foes. But was it given in recognition of El Cid's victories against Islam in the 'Reconquista' - or because this Castilian nobleman was as content to serve beside the Muslims as to fight them? The story of the Christian conquest of the Iberian peninsula which gave rise to the legend of El Cid, is here examined by David Nicolle, who outlines the history, tactics, arms and armour of the period.