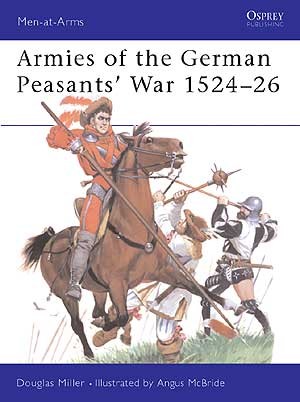 About this book:
In the 1520s, a brief but savage war broke out in Germany when various insurgent groups rose to overthrow the power structure. The movement took as its emblem a peasant's shoe and the collective title of 'Bundschuh', and this became known as the Peasants' War - although the rebel armies actually included as many townsmen, miners, disaffected knights and mercenary soldiers as rural peasants. The risings involved large armies of up to 18,000 men, and there were several major battles before the movement was put down with the utmost ferocity. This book details the armies, tactics, costume, weapons, personalities and events of this savage war.

The Authors:
Douglas Miller researches and models broadly in the period of the German Renaissance and Reformation.